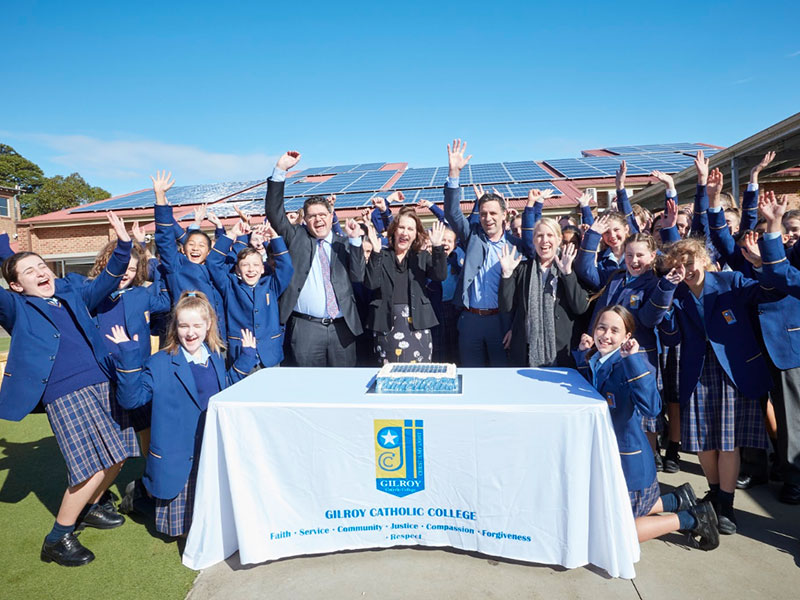 
Nineteen Catholic Education Diocese of Parramatta schools have `switched on’ to free solar power and energy efficient LED lighting, under a program tipped to reduce carbon emissions of 2,442 tonnes each year across the schools.

The major energy efficiency program was announced on World Environment Day, at Gilroy Catholic College Castle Hill, with students, staff and the special guests celebrating the commissioning of its 92 kilowatt solar PV system.

The program has been rolled out by energy services business Verdia and involves the installation of 4,286 solar panels and 16,942 LED lights across 19 primary and high schools throughout Western Sydney. The new LED lighting will provide better lighting levels in classrooms and an improved learning environment for students.

Catholic Education Diocese of Parramatta Director Enterprise Mark Holyoake said the entire program is an opportunity to offer students and the community a working demonstration of renewable energy hopefully leading to greater interest in sustainability and STEM subjects more broadly.

“This massive commitment to sustainability will mean reduced carbon emissions of 2,442 tonnes each year across the 19 CEDP schools involved in the program, which works out to be the same as taking 1,370 cars off the road,’’ Mr Holyoake said.

“More than 1 in 5 Catholic schools across Australia are solar smart - we would like to increase that number.

“Our business studies students will be encouraged to undertake the analysis of the results of our program before we commit to a possible extension to all schools across the diocese.” 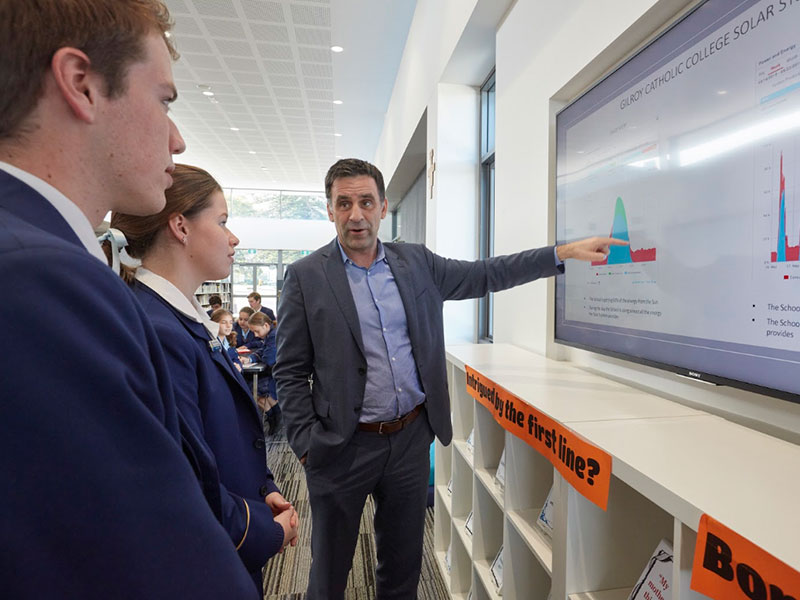 
Verdia CEO Paul Peters said the solar PV systems installed across the 19 schools would produce more than 2.9 megawatts hours of electricity each year or enough to power about 506 typical homes.

Gilroy Catholic College Castle Hill will now have a working example of electrical engineering in action now the 92kW / 329 panel solar PV installation across its roof space has been connected.

An additional 777 energy efficient LED lights have also been installed in the school, cutting energy use and maintenance costs.

All up the energy efficient upgrade is expected to reduce the school’s energy use by up to 33 percent and cut its annual energy costs by about $31,000.

In an added bonus, the fit out will also help reduce the school’s annual carbon emissions by about 120 tonnes.

Ten schools have already had their solar PV systems and LED lights installed, with the remaining schools due to complete their installation before the start of the 2020 school year.

Once the program is complete it means a quarter of all Catholic schools across Western Sydney will be powered by solar energy. The results of this program will be carefully monitored before being considered for the remaining 60 schools throughout the region.

Send us an email